Firefighting is crucial and also demanding in terms of resources and preparedness. UMN’s Rukum Cluster had an active role in a fire mockup drill yesterday where we were responsible for emergency food provision. The objective of the simulation was to assess the district’s existing capacity in response to fire and similar disaster scenarios and to identify the gaps for future disasters. A review meeting after the simulation has identified some major gaps such as lack of fire brigade, few fire extinguishers in public places, insufficient rescue materials, shortage of temporary shelters, and so on. The program was organised by the District Disaster Management Committee in Rukum East, of which UMN is a member.
Fires from forests and domestic or business accidents regularly cause damage in Nepal. In Mugu in November 2021, UMN responded with relief after 21 houses were destroyed by fire in the district headquarters. Disaster risk reduction is one of UMN’s cross-cutting issues which must be considered in all our projects. 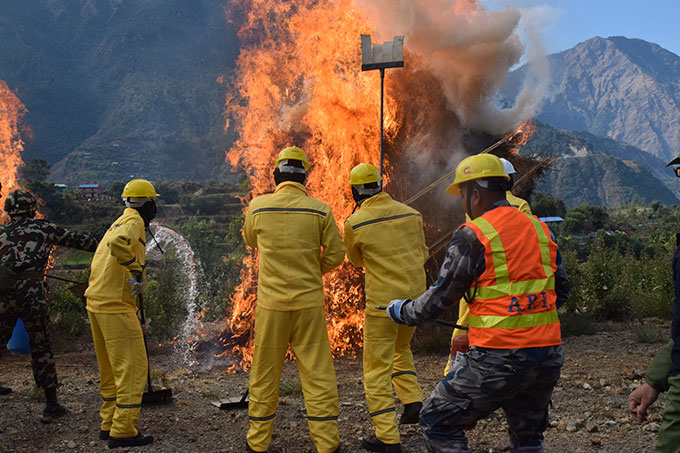 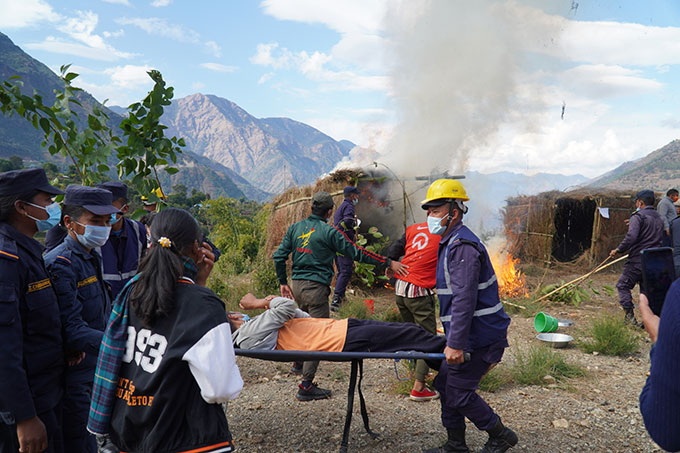