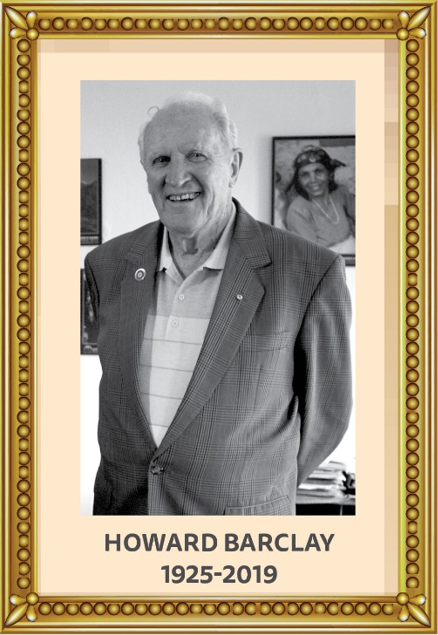 We are sad to inform you of the passing of Howard Barclay on Sunday, February 10th. He was surrounded by his loving family. His health had declined slowly since his 93rd birthday in October 2018. The prostate cancer he had 23 years ago had returned and his health deteriorated rapidly in the past two weeks. Howard was receiving palliative care by his family at home.
His son, John Barclay told us at the end of December that Howard knew about the situation and said he was looking forward to going 'home' and seeing Betty.  The funeral will be at Kew Baptist Church at 10.30am on Tuesday, 19th February.
Howard was the 6th Executive Director of UMN. He joined UMN with his wife Betty in 1960, serving in Amp Pipal as a teacher and Project Director until the early 70s. During this time, he also served as the Education Secretary at the Headquarters in Kathmandu, and was Acting Executive Director during Jonathan Lindell's furlough in 1966. He and Betty returned to UMN in 1980 as Personnel Counselors. Howard later worked in Jumla as the Project Director from July 1982 until March 1983. In 1984, he returned to Kathmandu as the Executive Director of UMN until his retirement in May 1990. In 1995 the Government of Australia awarded him a Member of the Order of Australia (AM) which was presented by the Australian Ambassador to Nepal.  His last visit to Nepal was in October 2015 for the 50th anniversary of Gandaki Boarding School, of which he was one of the founders.
Howard and Betty served in Bihar on the Indian border for nearly a decade waiting for entry into Nepal. When they first went from Kathmandu to Amp Pipal in 1960 they trekked for 5 days with their family.
Those were the years when doors had just opened for the opportunity to share God's love in the land of Nepal. Howard Daju (older brother) was a very close friend to many early Christian leaders. His Nepali (and Hindi) was so good that many still remember him speaking the Word in church services in authentic Nepali. Howard Daju will be missed by many in Nepal.
We thank God for Howard and his wife Betty, who served the Nepali people selflessly for so long.
Joel Hafvenstein, UMN's current Executive Director shares, "I grew up in UMN during the years of Howard's leadership and am personally grateful for his kindness and generosity of spirit.  He led UMN boldly and faithfully through a season of many challenges. We praise God for the gift of Howard's presence, and pray for all those who are now feeling his absence."
We'd like to share with you a letter that Howard wrote for UMN's 60th anniversary celebrations:
My wife Betty and I first joined UMN in 1960, after eight years in Jogbani (Indo-Nepal border), when both UMN and the church in Nepal were in the early stages of growth. We had the privilege of working in Amp Pipal and Thapathali for more than a decade, during which we saw both UMN and the Nepali church grow significantly.
We returned to Nepal in 1980 for a further 10 years (for the last six, I was Executive Director). UMN was a large and influential organisation, and Nepal was on the verge of major political and social change. The Democracy Revolution of 1990 ushered in new freedom for Nepal, and for the church. Our greatest joy was to see the Nepali church as a truly indigenous and thriving believing community - the answer to the prayers of my parents (my mother prayed from 1911 to 1990!) and of so many others who, for more than a century, had prayed and worked to this end.
It was our privilege to be part of that line of remarkable people as diverse as Ganga Prasad Pradhan, John and Lilian Coombe, Mildred Ballard, Pastor Robert Kartak and Dr Rajendra Rongong, Ernest Oliver, Trevor Strong and Jonathan Lindell. These, and a host of others, served the people of Nepal through the work of UMN, and their service and legacy supported the growth of the Nepali church. 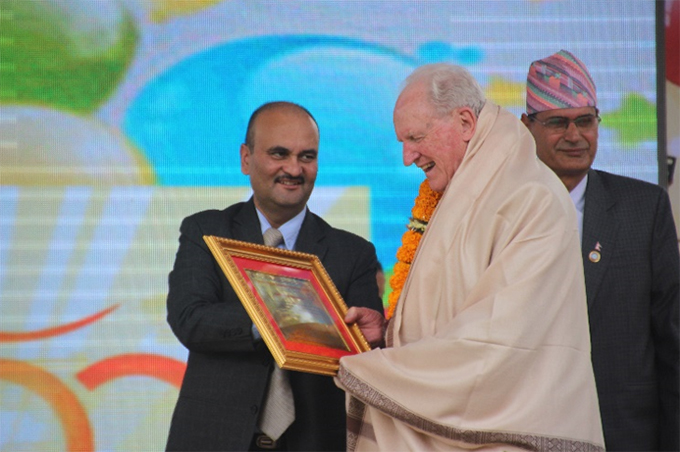 Howard Barclay's key role in the founding of GBS is recognised in this presentation during their 50th anniversary celebration. 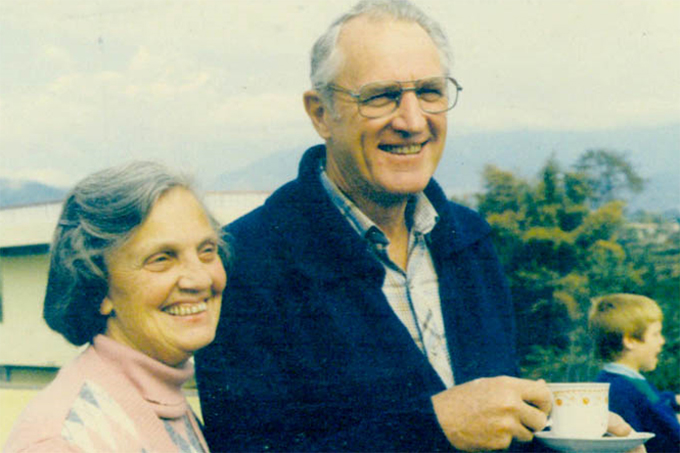 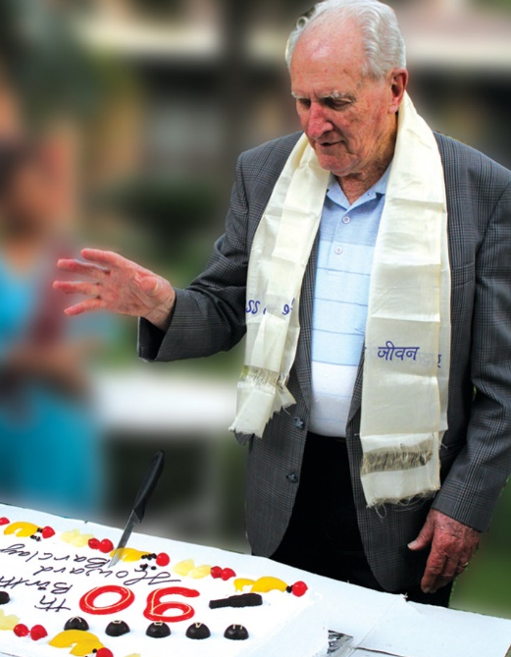 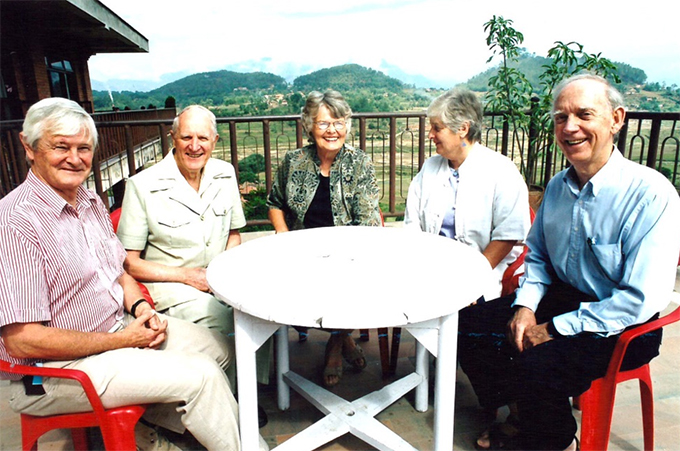 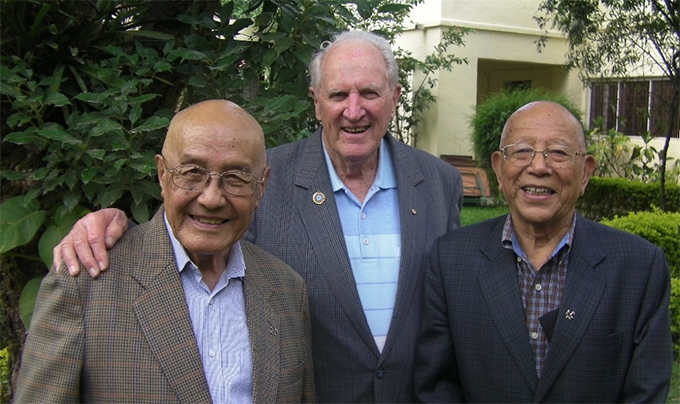