Nepal Police data estimates 16 deaths due to suicide every day and more than 5,000 deaths annually. The increment in death rates by 8% annually is alarming. Fortunately, suicide is preventable! But we need more awareness.
Marking this year's theme, 'Working Together to Prevent Suicide,' UMN with many other local and national government organisations and health institutions observed the World Suicide Prevention Day in Kathmandu. Rallies amassed the streets highlighting messages in placards such as 'Suicide is preventable,' 'Give hope a voice,' 'You are not alone,' 'You can conquer the world if you choose to live,' 'Speak up, reach out.'  Representatives from the Epidemiology and Disease Control Division, Patan Academy of Health Sciences and Koshish gave the closing remarks.
In Bajhang, as well as a rally of 200 participants initiated by our cluster, we and our partners also mobilised school students to perform a street drama on awareness of suicide prevention. Similarly, rallies took place in Doti, Dhading, Rukum and Rupandehi. UMN took part in all of these (with local partners, health institutions and government bodies) and helped to initiate some.  They included a short interaction programme where participants could question and discuss about mental health issues and suicide. We are glad that people are raising awareness to prevent suicide, and we look forward to our mental health fun run on 1st October which is also on the theme of preventing suicide. 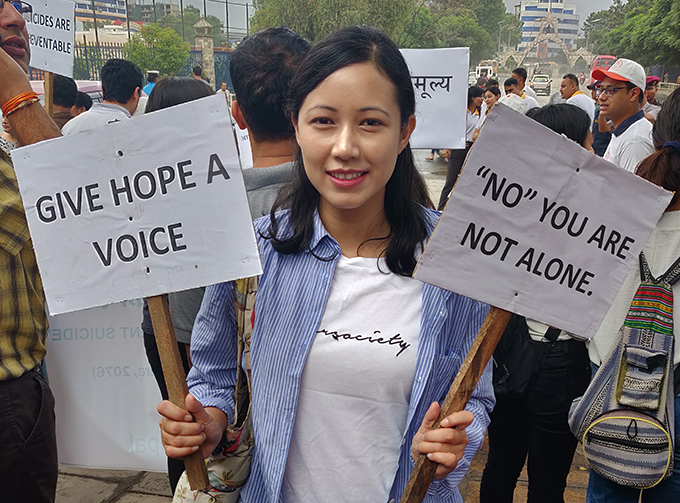 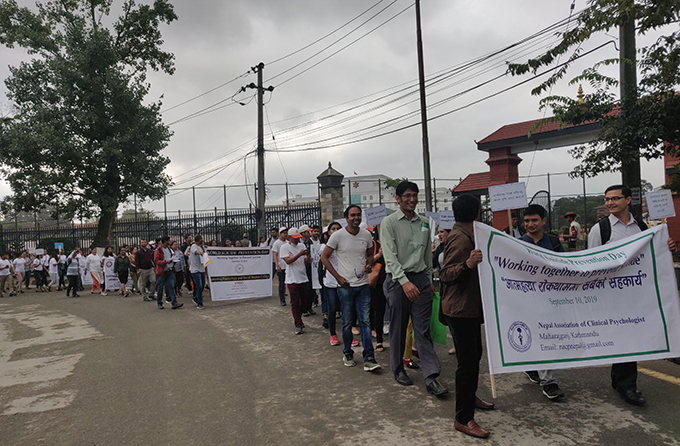 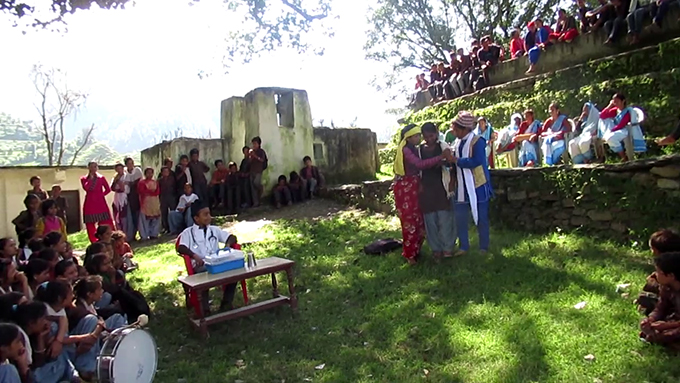 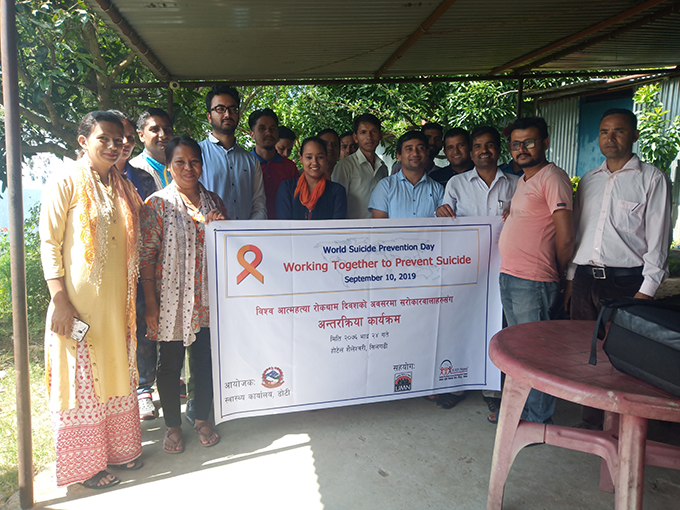