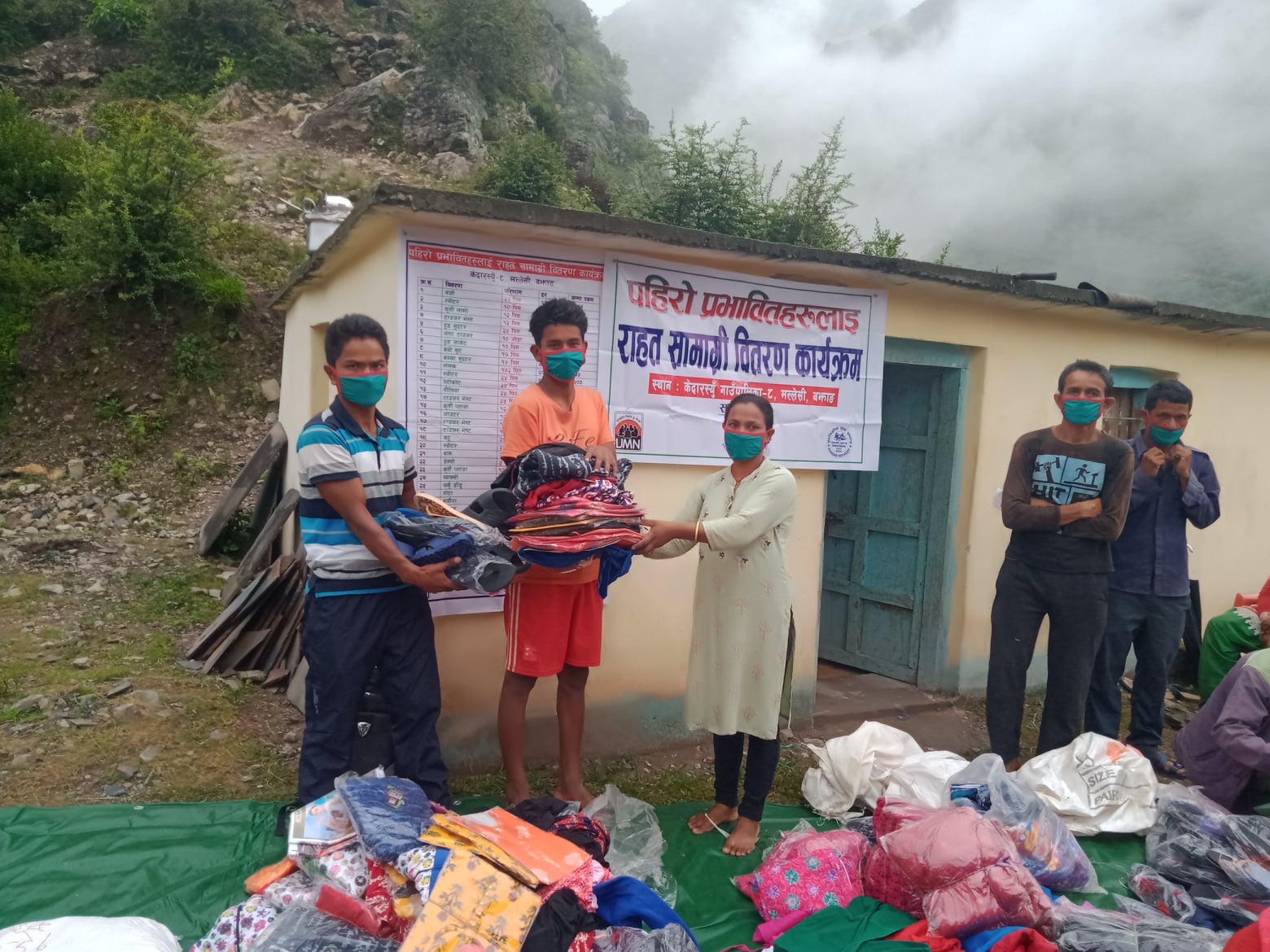 Since Nepal’s monsoon began in mid-June, at least 115 people have been killed, 100 injured and 50 remain missing due to water-induced landslides and floods, affecting at least 26 of Nepal’s 77 districts. A recent landslide which struck Mallesi village in Bajhang District took six lives, with one still reported missing. Triggered by incessant rain, the landslide rendered people homeless as 18 houses were swept away. On 11 July UMN, with its partners Dalit Sahayog Samaj and Pragatishil Yuwa Samaj, distributed relief materials to those affected, at Mallesi School where they are staying. The relief items included a set of clothes, shoes, medicines and utensils, benefitting 155 people from 21 families.
With monsoon at its peak and road obstructions, it was hard to reach the incident site. It takes almost five hours from local Jhota market to reach Mallesi in Kedarsyu Rural Municipality. The relief materials were transported nearly halfway in a vehicle (to Maulali), but needed to be transported on foot beyond that point. It was hard to find porters due to Covid-19 but later six people agreed to transport the materials.
One of the landslide victims, Prem Bahadur Jethara, shared, “We lost our son due to the landslide. My wife and I survived. I have a wound on my feet, and I wouldn’t have been able to go to Jhota to bring the relief materials. Since UMN brought it to Mallesi, we received the clothes.”
We hope and pray that these landslide survivors will find the strength to overcome their loss.