A life well lived – Ed Metzler Home with the Lord 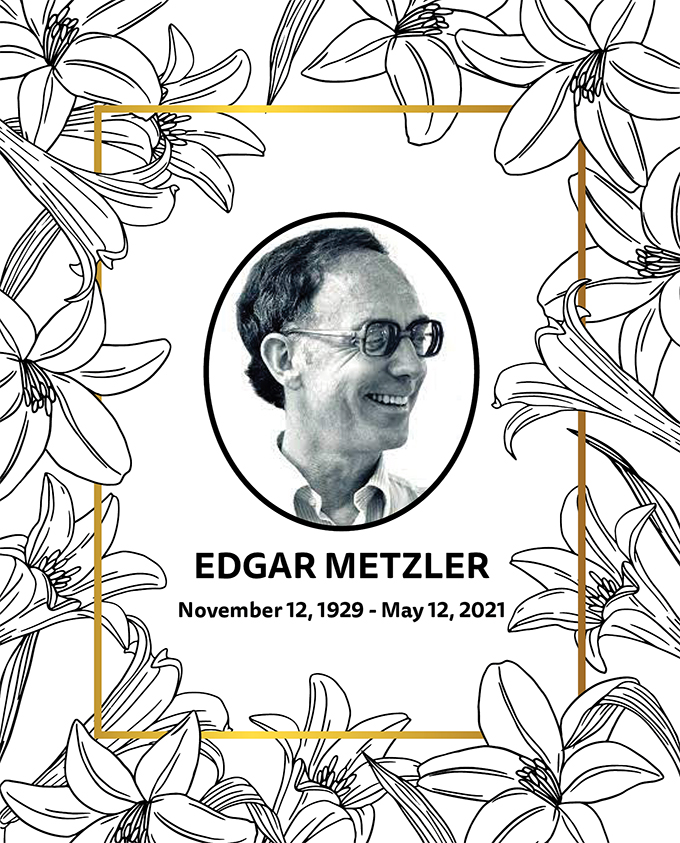 Our dear old friend and former director of UMN, Ed Metzler went home to be with the Lord on May 12 last week.
Edgar J. Metzler was the 7th Executive Director of UMN (1990 -1998). When Ed came to Nepal to start work with UMN, the country was going through a big political change. It was a sensitive time in some ways to work in Nepal as the biggest people’s movement in the country which started in early 1990 was at its peak. Ed supported UMN to look for ways of working more effectively with religious groups and to rapidly progress some important work of development in the advent of the early multi-party democratic system as opposed to the single party.
As UMN’s Executive Director, Ed provided leadership to a staff of more than 2,000 Nepalis, and 400 expatriates from 30+ church-related agencies from more than 18 countries.
Ed’s passion in working for the poorest people in the most remote and backward regions kept him and his wife Ethel serving in Nepal for almost a decade. They shared a very good relationship with many Nepali families with whom they had a wonderful fellowship. Nepal was close to Ed’s heart.
Joel Hafvenstein, UMN’s current Executive Director writes:
“I wrote Ed a couple of years ago to thank him for his decade of leadership. I told him he was ‘one of the giants on whose shoulders we work—the faithful steward of UMN at our biggest point, who also prepared much of the ground for our handing over power and taking a humbler, more servant role.’ Ed began steering a then-enormous institution toward localization, Nepali ownership, and a focus on community problem-solving. Those key emphases didn’t begin with him – they were always what UMN aspired to – but Ed saw the new opportunities of post-1990 Nepal that would allow us to realize them at a new and transformative scale. His warmth, wisdom, and witness will be remembered and missed by all who knew him.”
For friends who would like to share your thoughts and memories of Ed, please do so here https://www.yoderculpfuneralhome.com/obituary/edgar-metzler
A memorial service will be held on Zoom on Saturday, June 12, at 1:00 ET (beginning with a slide show), hosted by the Assembly Mennonite Church of Gosh en, IN. Join at: https://zoom.us/j/9995275153