Nepal is a landlocked Asian country bordered by the People's Republic of China to the north and India to the south, east and west. The Himalayan mountain range stretches through Nepal and the country is home to eight of the world's ten highest peaks, including Mount Everest (8,848m).

Nepal was a closed country until 1951. Since then there have been great advances in development and infrastructure, but it is still one of the poorest countries in Asia. The economy is largely agriculturally based and nearly one third of the people of Nepal live below the poverty line.

Modern Nepal was unified in the late 18th century. The end of the 20th century brought a decade of civil war instigated by the Maoist party of Nepal. After peace agreements in 2006 and winning historic Constituent Assembly elections in April 2008, the Maoists became the leaders of the country. Nepal's monarchy was abolished in May 2008 and the country, formerly the world's only Hindu kingdom, is now a secular democratic republic.

Hinduism and Buddhism are the predominant religions in Nepal. While still representing only a small fraction of the population, Nepal's Christian, in existence since the early 1950s, is reportedly one of the fastest growing in the world. In the past Nepali Christians faced much persecution, and while this still persists, recent years have brought increased religious freedom for Nepali believers. 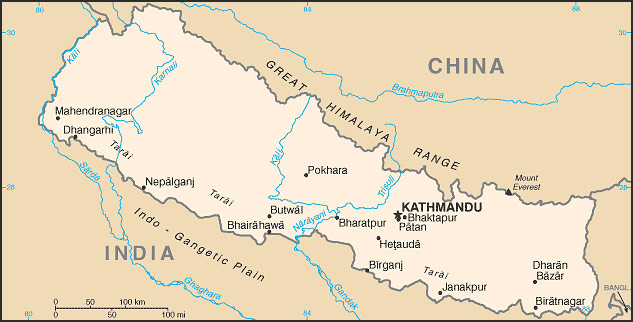 For additional information about Nepal, visit these websites.