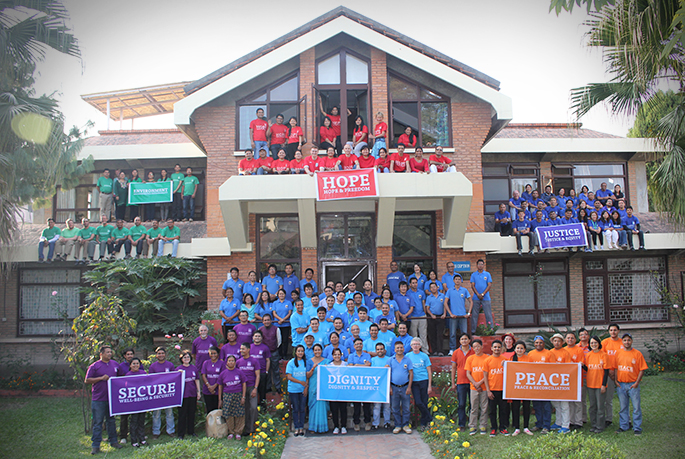 United Mission to Nepal (UMN) strives to address root causes of poverty as it serves the people of Nepal in the name and spirit of Jesus Christ. Established in 1954, UMN is a cooperative effort between the people of Nepal and a large number of Christian organisations from nearly 20 countries on 4 continents. Multicultural teams of Nepali nationals and volunteer expatriate staff work alongside local organisations in less developed areas of the country, building partnerships that lead to healthy, strong and empowered individuals, families, and communities.


Approval to work in Nepal

UMN works in Nepal under a General Agreement and Project Agreement with the Social Welfare Council of the Government of Nepal. Both agreements are renewed every five years. These agreements stipulate the type of work UMN does, the areas where it works, and the way its funding is allocated.

UMN is an active member of the Association of International NGOs in Nepal (AIN) and follows their Basic Operating Guidelines and Code of Conduct. UMN is also a member of the Micah Network Nepal.

UMN is not associated with any political party. We respect the representative role of community leaders and politicians in society, and will seek their views and input. However, we will not allow any political group or party to direct or influence our activities and programmes.

UMN receives funding from international organisations, institutions, churches and individuals, from about 16 different countries. Much of our funding is designated giving. This means that it can only be used for the specific programme or project for which it has been given.