When the young people of Khalanga had their first informal gathering, one of the things they discussed was starting a Non-Governmental Organisation to address the social problems they were facing, such as poverty, untouchability, discrimination and unemployment. Each member was able to register with the District Administration Office in 2063 BS. As an NGO it had to fulfil several legal requirements and needed to have an office room in an accessible location. The founding members, although inexperienced, got involved in setting up an office and fulfilling all the necessary legal requirements.

At this time UMN started to work in Rukum and NPAF was selected as a partner organisation. The first event was a training on how to assess the organisation’s capacity by themselves. An action plan was developed to address the identified gaps and implement it with UMN’s support. Today this organisation has reached the maturity stage and has established several good governance practices in its overall running.

To create an inclusive and equitable society.

To provide support for target communities so they can bring positive changes to their living standards through the empowerment of women, advocacy, mobilising local resources and income generation.

To improve the health and livelihoods status of target communities through empowerment and increased access to health, sanitation, education and income generation. 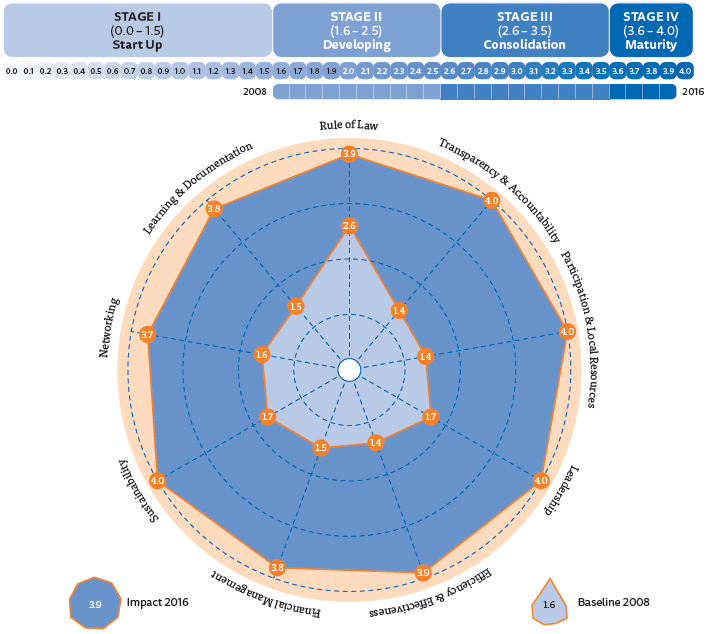