The young people of Rudrapur in Rupandehi, initiated a sports club to bring youths together and this later became the NGO Sungabha Community Development Centre (SCDC-R). Being a local organisation it became aware of many cases of HIV and AIDS and violence against women but not having sufficient knowledge, was not able to address the issues during a period of 11 years.

In 2006, after ten years of having been established, SCDC-R became a partner with UMN. With the support of UMN in organisational capacity building, SCDC-R gradually started to bring changes to all aspects of the organisation. First of all it developed its vision, mission and strategy and identified the real target groups. The members of the organisation learned programme planning and proposal writing, resulting in being able to obtain resources to implement programmes for needy people. It began to work on the issues of HIV and AIDS, gender based violence and anti-human trafficking.

To build the capacity of marginalised, deprived and at high risk groups, in order to reduce the spread of HIV transmission, to increase access to services and rehabilitate into the community and to promote quality education which will enable a dignified life in society.

To bring changes in the life of Dalits, marginalised and deprived groups.

To improve the livelihoods of target communities. 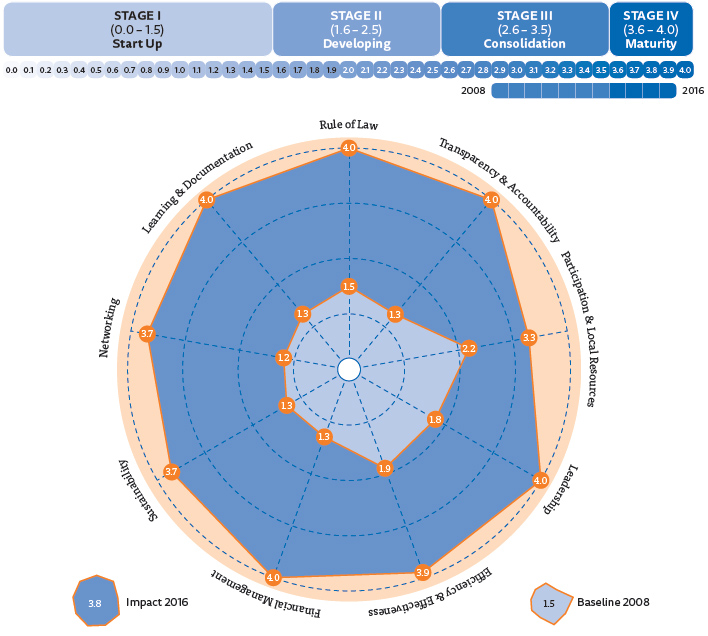