A long journey in labour

Story from Tansen under Health 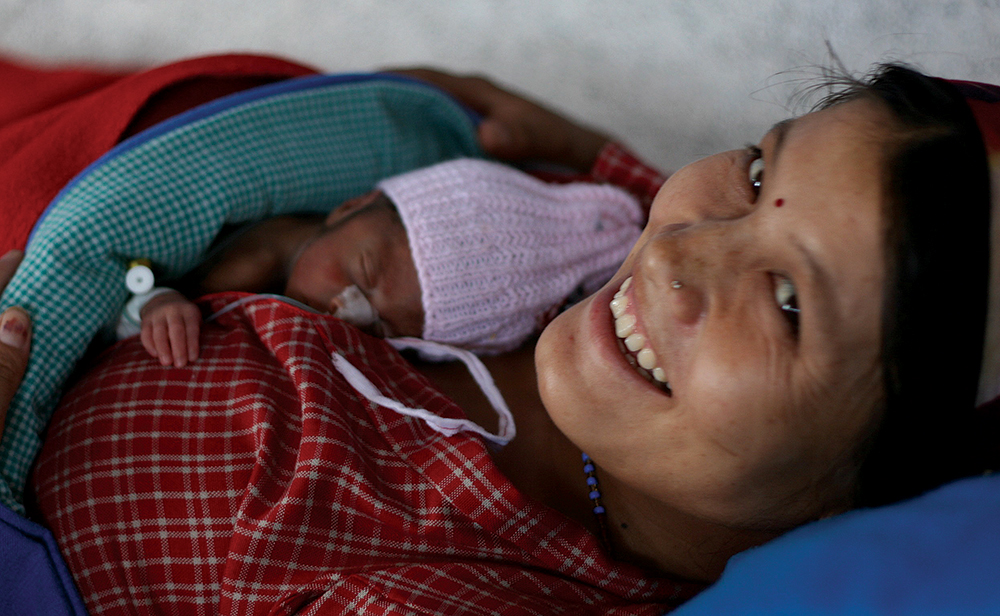 In Baglung District, 22-year-old Anjana* was expecting her first child. When her labour pains started she went to her nearest health post. By 8pm in the evening she was ready to start pushing to deliver her baby. She pushed and pushed, encouraged by the midwife, but after two hours it was clear that the baby was not coming and she would need to be referred to a hospital. They found a vehicle and the exhausted mother was transferred on bumpy roads on the long journey to Tansen. She arrived five hours later, at 3am the next morning. Fortunately her baby’s heart sounds were still reassuring but she was exhausted and her perineum was swollen from the long hours of pushing. Our midwives assessed her and started an IV drip to strengthen her contractions - this helped her to deliver her baby son only seven minutes later! Her baby cried immediately after birth and had weathered this long ordeal well, but needed a few hours of oxygen in our neonatal high dependency unit for fast breathing**. By the next morning he was breathing comfortably and was discharged back to his mother’s side. Meanwhile, Anjana needed stitches for a tear in the operating room and stayed a couple more days until she was comfortable.
Many rural women like Anjana depend on our hospital when their labour does not go smoothly. Without the care she received in Tansen the outcome might have been much worse for mother and baby. We are so grateful to be able to be there for mothers experiencing complicated deliveries.
KRISHNA SHRESTHA
Maternity Ward-in-Charge
United Mission Hospital Tansen
* Name changed, stock photo
** Transient tachypnoea of the newborn