The Power of Drama

Story from Sunsari under Peacebuilding 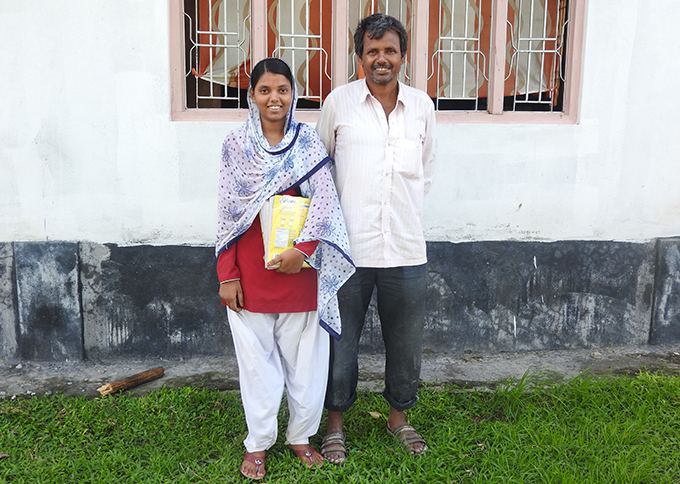 Ayesha Khatun, currently studying in Grade 10, comes from a Muslim family in Sunsari.
The legal age of marriage is 20 for both men and women in Nepal, but despite this law girls are still married off early. Child marriage in Ayesha's village (a Muslim community) is not a new thing. In fact, her older sister was married off at 13 and has four children. Girls are given away even before their first menstrual period in fear of not finding a suitable groom and also to avoid the big dowry burden on the bride's family. As a result, women in this village face problems of uterus prolapse and are victims of gender and domestic violence.
The interfaith youth group, led by UMN's partner Community Development Forum, organised a street drama on gender and domestic violence in Ayesha's community. Ayesha had a role in the drama which was of an educated girl standing against gender stereotypes and religious harmful practices in the community. The moving drama which revealed the horror and evils of child marriage, was effectively communicated to the audience. Many men who saw the drama were led to reassess this practice. The Muslim Imam, or head of the community, was also present in the drama presentation. On the same night, her father decided to let his daughter Ayesha continue her studies and not hurry into getting her married. He regretted the decision he made for his eldest daughter.
Ayesha bubbles with joy and says, "I can now turn my dreams to reality. I never had the courage to talk to my father about this issue. This drama has truly changed my father's perspectives and my life too." Ayesha is a bright student and has been securing first position in her class.