From discrimination to leadership

Story from Dhading under Health 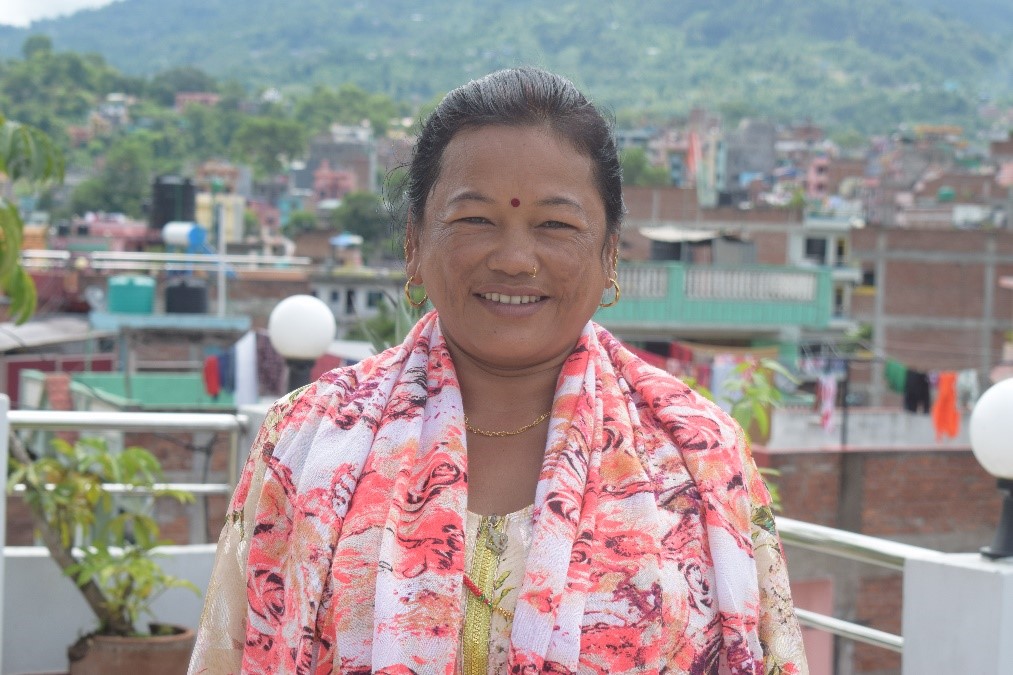 Hardship and hopelessness – that was a big part of Kabita Ale’s life story. Diagnosed with HIV 17 years ago, her journey has been challenging. But God wasn’t done with her and she didn’t give up. Today her story has been rewritten into one of hope and determination. Find out how UMN and partner Chandrajyoti Integrated Rural Development Society (CIRDS) helped support Kabita and have seen her flourish. Kabita becomes tearful every time she remembers her past. “Even today some people discriminate and stigmatise people living with HIV, especially women,” says Kabita. “But imagine how it was for me 17 years ago.”
Because of her HIV diagnosis she experienced discrimination and stigma from her family, neighbours and community. She was infected by her husband, who frequently travelled to India for work, but her friends accused her of infidelity. They refused to speak to her or even go near her. In addition to being an outcast in the community, Kabita struggled to fulfil the basic needs for her two children and husband. Due to all these stresses she developed psychosocial issues, including thoughts of self-harm. A few years ago, an organisation called “Sital Samaj” was bringing People Living with HIV (PLHIV) together across Dhading District and they met Kabita.
UMN and CIRDS implemented a Community Health Project and Kabita participated in capacity-building activities organised for the group. Through this experience she received leadership development training and psychosocial counselling. Eventually, Kabita overcame the stress and psychosocial issues she was facing and she started to rebuild her life and help her family. She received a loan from Sital Samaj for pig rearing and she was able to set up a small shop to sell tea, snack, grocery items and stationery. Today Kabita and her husband are earning around NPR 50,000 (USD 457) monthly. They’ve even been able to send both of their children to Kathmandu for higher studies. She’s also grown personally and her community has noticed.
Due to her good leadership ability, she was offered positions in different consumer committees. And last year she was also elected as a ward member in Tripurasundari Rural Municipality. After being elected, she started advocating and lobbying for the need to work on HIV prevention and for the rights of PLHV to live a healthy and dignified life. She also conducted awareness programmes on HIV for migrant people as well as Dalit villages. Today Kabita is a role model, a PLHIV activist and a leader in her village. She is an active member in Sital Samaj where she is contributing to strengthening its organisational capacity as well. Kabita has pledged to keep on working for the development of her community including PLHIV and she is clear that as this is a second chance at life for her. She will be forever thankful towards CIRDS, Dhading.