Story from Rupandehi under Health 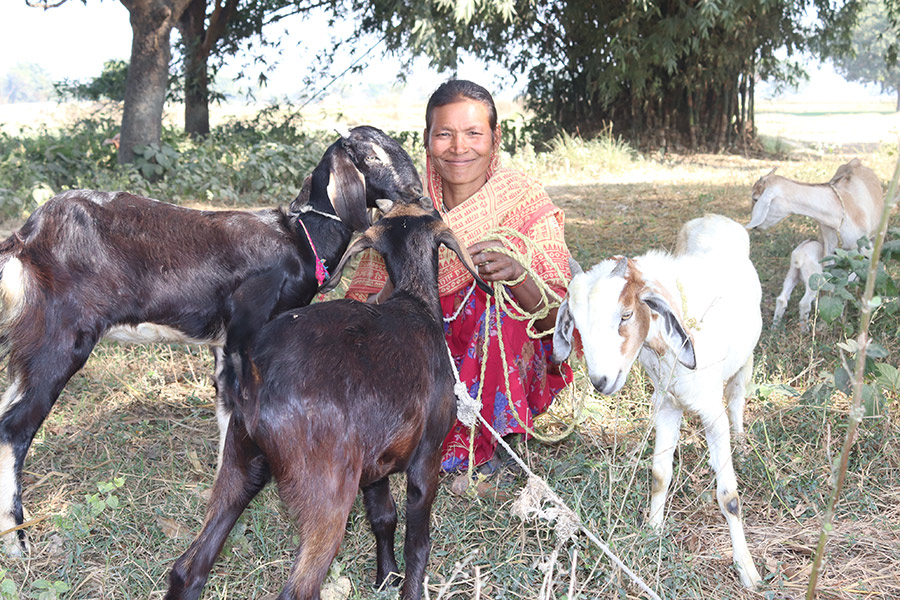 Until two years ago, Puja from Rupandehi District was doing fine. Her husband was with her, she did not have to worry at all about her family and life was going well for her. Life took a toll on her when she lost her husband. She had to take responsibility for her household and on the other hand, the pain of losing her loved one was too much for her to bear. Less than a year later, her eldest son suffered an electric current attack and he had to be hospitalised for three months. His treatment was costly for her to manage and she took a loan to meet the expenses.
One after another, problems came which she had to deal with. With no source of income, she worried about how she could manage the expenses of her children’s marriage. She did not have anyone to share her problems with so she often used to stay alone dazed. She lost appetite, had frequent headaches, got irritated and angry easily. She felt weak and had no energy to work. She could not even carry out household chores and stopped caring about her family. After her husband died, she felt lonely and often thought it would be better for her to die than to live.
Her neighbour saw what Puja had to go through and advised her to visit the health post. She was diagnosed with depression and was told that with proper treatment and psychosocial support she can recover. At first, she started medication and attended psychosocial support sessions simultaneously. Her condition improved immensely in six months and she has been regularly attending a psychosocial self-help group supported by UMN’s mental health project conducted by the psychosocial workers. She finds the group helpful because she can share her problems and gets the opportunity to help others. She was also supported with a goat and she has been able to raise some money to meet expenses at home, through this and by working as a seasonal labourer.
When we visited her, she shared, “I am well and trying my best to support my children. Hopefully, they will one day start earning, and I am going to be a happy person. I have stopped worrying.”