Story from Bajhang under Sustainable Livelihoods 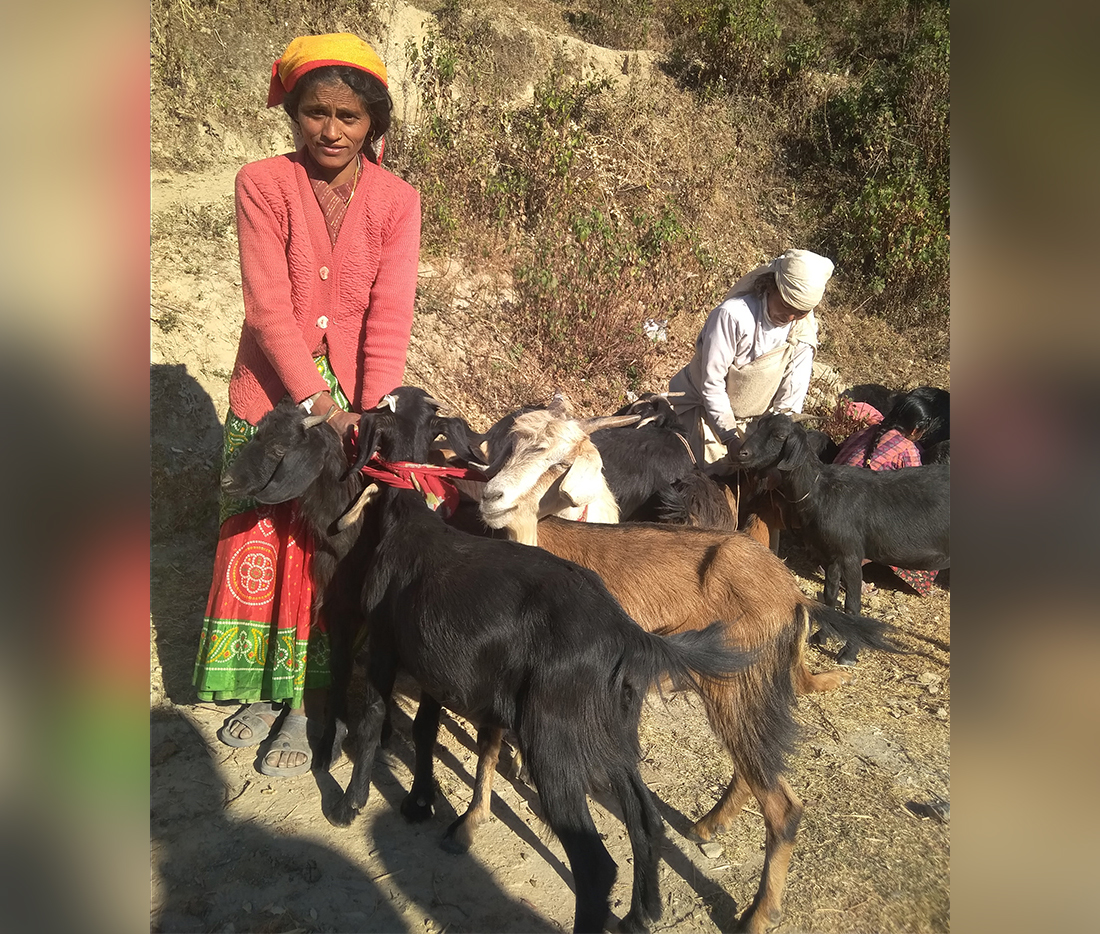 Due to lack of job opportunities and income generation sources, most of Masta Rural Municipality’s men go to India to work for their household’s main source of income. But, the COVID-19 outbreak and lockdowns forced all migrants to return to their villages. With no alternatives for earning, daily lives were in a critical situation, especially for poor and marginalised people. Family conflicts and tensions increased since they were unable to fulfil basic needs.
UMN and local partner EBM* explored possibilities to address this, including adapting the existing food security project’s activities. Following discussions with community groups and stakeholders, income generation support was proposed. A guideline was developed and orientated in each community group to select beneficiaries without developing conflict. Using this, 94 households were selected from the 45 groups. Most beneficiaries requested goat rearing, followed by poultry farming, polytunnel support for vegetable farming and grocery shops. The project team faced a great challenge to source hundreds of livestock which were not available in the local market.
Unfortunately, in the process of implementation a misunderstanding developed between our partner staff and the Executive Committee (EC) of the local government. The EC members decided not to participate in the process, causing the programme to stop. This breakdown also resulted in a misunderstanding between the local partner’s project team and UMN. There was only one month left to complete the programme. Further conflicts were likely to arise if the support did not materialise.
UMN organised a meeting among all parties in an attempt to mediate this conflict. Together we analysed the causes and effects of the conflict, using the conflict tree tool. After open sharing of views and concerns, at last we found that partner staff were not communicating well with the EC members about the implementation process, which created suspicion and mistrust between them. Consensus was reached not to repeat this in future, but now only 15 days were remaining! We developed an inclusive team of EC members, partner staff and UMN, each with assigned responsibilities. As a result, 175 goats and 850 chickens were sourced and distributed within 10 days. All 94 beneficiaries received income generation support. Meanwhile, the relationship between EBM staff and EC members is now good; they are implementing subsequent plans with effective co-operation.
* Ekikrit Bikash Manch (Integrated Development Forum)