Story from Doti under Good Governance 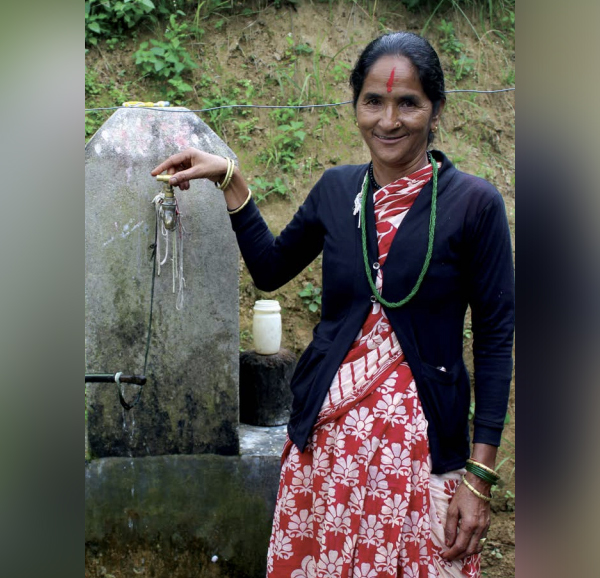 Life wasn’t at all easy for Kamala Devi 45 years ago, when she was abandoned by her husband. A young girl, barely 18, pregnant and with no husband is not an easy status in a village. She went through trauma, faced financial struggles, heard false accusations and was shunned by the community because she was a single woman with a child. She had no option but to return to her mother’s house in a nearby village.
Kamala is 65 today. Her story has changed and is worth a celebration. The village is proud of Kamala. Thanks to the Saksham* project of UMN.
During 2020, a group of ladies from those who were poor, marginalised, of minority groups, people with disability and single women were selected and organised in a group for the project’s Civic Education classes. Kamala was selected too. Kamala learned so much in these sessions and flourished as the chairperson of a woman’s group.
Recently, she successfully led and completed a drinking water construction project within the given time frame.
Such projects are commonly led by men in her village, but the village ward office and the group members encouraged her to lead this project. Though it seemed like a daunting task at first, she took up the challenge and worked hard towards its success. None of the women from her group had ever been involved in a community project such as this in the past. She feels happy, confident and proud of her achievement and hopes to spend the rest of her life in community development work. She is also encouraging other women to initiate and lead in community projects.
It is encouraging and rewarding to see women like Kamala build their confidence, get involved in village projects, and to see them shine as leaders. There’s no more shame for Kamala; the villagers thank her for getting drinking water to their houses.
*Meaning ‘empowered’