Story from Dhading under Education

Along one of the busiest highways to Kathmandu, the Prithivi Highway, we see many small local eateries at various junctions. These local eateries are locally called ‘hotels’. UMN’s partner in Dhading CIRDS* formed a task force committee and monitored 23 such hotels along the highway. By the end of the project, they found no cases of child labour in 15 out of the 23 hotels, and shared the results with the relevant local authorities and stakeholders.
In an effort to campaign against the use of child labour in local eateries, during the project period of UMN’s Safeguarding Vulnerable Children (SVC) project, CIRDS started a series of debates and discussions with key stakeholders such as the hotel association of Dhading, hotel owners, civil society organisations, local authority representatives from Thakre Rural Municipality (RM) and five of its wards, and in the presence of the honourable member of parliament, Bhumi Tripathi.
Child labour is illegal in Nepal but still practised. The team discussed with the hotel owners about child labour, including the potential impact on children and associated health hazards. A task force team was then formed comprising of the representatives from the hotel association, RM executive personnel/staff, ward chairs and SVC project staff. This team discussed and worked on the detailed process of declaration of ‘Child Labour Free Hotel’ based on the Guideline for Child Labour Free Local Government, 2020.
Finally, in the presence of members of the District Coordinating Committee, representatives of District Hotel Association Dhading, ward chairpeople, executive members of CIRDS and SVC Project staff, a Child Labour Free Hotel Declaration event was organised with stickers affixed in those 15 hotels where no children were employed. In the event, Raj Kumar Pyakurel, former President of the District Association of Dhading expressed his commitment to operate hotels in a dignified and decent manner and to run hotels completely without child labour. We hope that thanks to the initial work of our partner and the engagement of the local community, this will become a reality for children and businesses in that area, even after our project phased out at the end of 2021.
*Chandrajyoti Integrated Rural Development Society 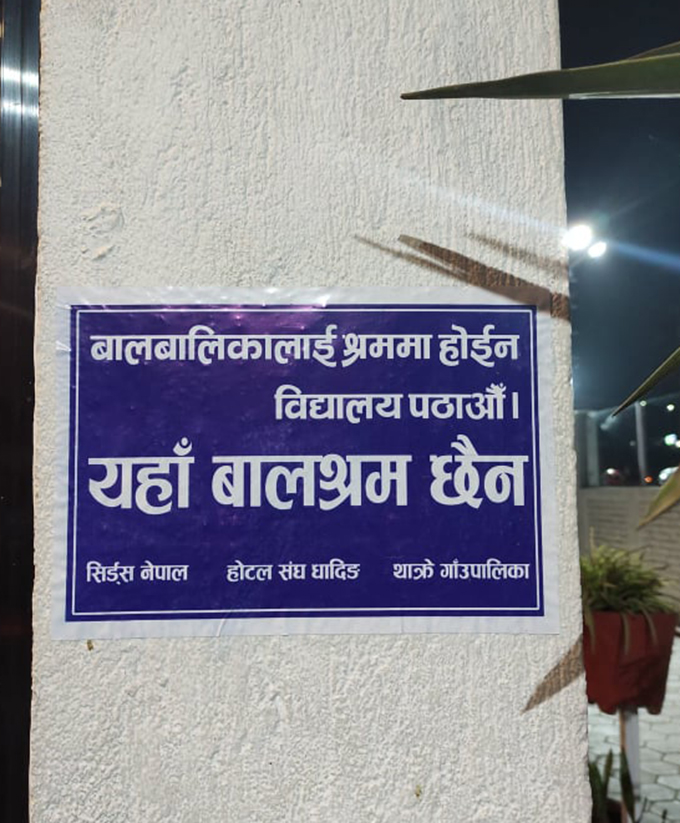 "Send children to school, not to labour. NO CHILD LABOUR HERE." 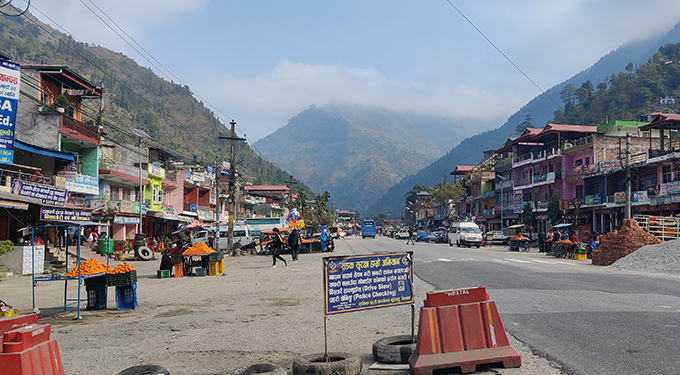