Story from Kapilbastu under Education 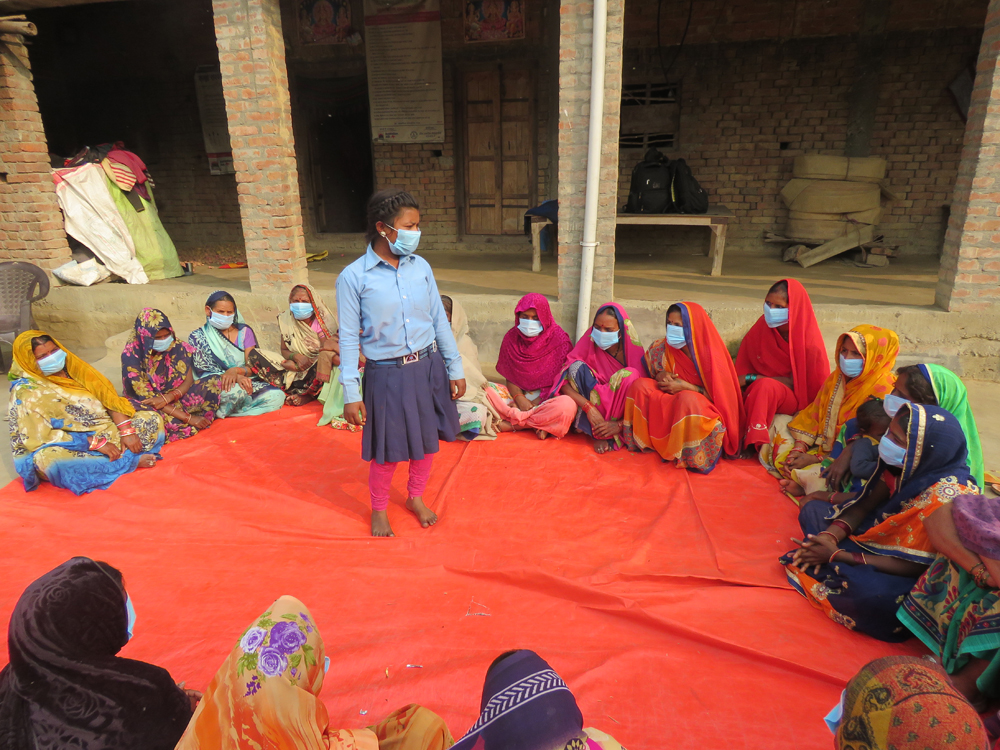 Only 17, but Rekha Raidash, a Grade 10 student from Kapilvastu is already facilitating sessions in her village's self-help group (SHG). But until a year ago, things were entirely different. When her father decided to get her married, she had to give up her dreams to study further.
In her community and in a conservative Dalit (so called lower caste) family like hers, a good girl never dares to say ‘no’ to her parents. But when UMN’s SECURE project was searching for female group-volunteers who could read and write, the project staff heard her story. She was then requested to join a SHG meeting with her mother who is also a SHG member.
The session on the drawbacks and risks of child marriage was helpful for Rekha. She learned that child marriage is a crime and one of the major causes of violence and abuse against women. The social mobiliser also convinced her mother to cancel her marriage and let Rekha choose a bright future. Rekha was finally bold enough to say ‘no’ to her parents and further shared, “Father, I want to pursue my higher education so that I can do something different from an ordinary woman in our community.” But her father was still insisting that she should marry as he considered it to be a part of their culture and feared he would be disgraced by his community.
Her mother finally convinced him and shared what she had learned from the SHG on the negative consequences of child marriage. Finally, after a month, Rekha went back to school. Rekha now not only goes to school but she has also received training on group documentation, group facilitation skills and leadership development from the project She even supports the SHG to collect savings alongside facilitating sessions. Rekha, as smart as she is, made the most of the training she received from UMN's project and is already providing strong leadership in her group. She plans to continue being a role model, to help eradicate child marriage from the community.
There’s no stopping Rekha.