Leaving the house and learning 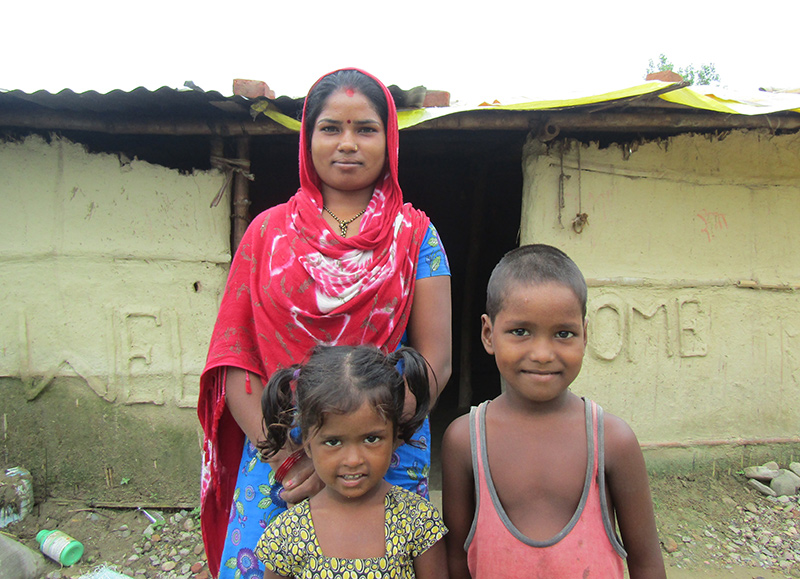 Rima Kumari Harijan, 25, is from a Madhesi community and lives with her joint family in Langadipakad village of Nawalparasi District. In the Madhesi culture, the patriarchal system is strongly practised. Men hold more power and deprive women of many things. The daughters-in-law have to stay limited inside their homes and are not allowed to go outside alone without a family member. “I am one of them as I faced such situations. I was unaware about about outside information and activities because I am a woman and a daughter-in-law,” shared Rima.
Five months ago, UMN and partner Sungabha Community Development Centre (SCDC-R) called a meeting to form a Gender Project Group and explained the objectives of the project. “My mother-in-law attended the meeting and became a member of the group. She learned that the groups will be working on reducing child marriage, dowry system and gender and domestic violence,” shared Rima.
The project staff taught parents that to combat social issues there’s a need to form husband-wife couple groups as well. “When my mother-in-law heard of this plan she was offended by the project’s request. In her view, younger women and especially girls and daughters-in-law are strictly forbidden to go outside their home,” explained Rima.
Later a social mobiliser and the project staff visited Rima’s home and clearly explained the group’s purpose to her mother-in-law. She was finally convinced and agreed to allow Rima to be a group member of the husband-wife group.
Rima at last became a group member. She shared, “I am very happy to get such an opportunity to develop my skills and knowledge and mix with the group members. So far, I have attended the group five times. We discuss the harmful issues of child marriage, the dowry system, discrimination of women and gender violence.”
There are now 18 group members, and they meet twice a month to share their experiences of deeply rooted social problems and discuss on how to seek the way out. “From the short period of group orientation, I feel that my interpersonal skills have already developed, and I learned about social issues in order to fight against the problems we face,” added Rima.
Rima now realises the importance of giving education to her children. “I will support them in their education and to participate in social gatherings and meetings, especially among girls. I have faced trouble, discrimination, and violence in my life. But I won't let such situations happen for my daughter.”
Go to: